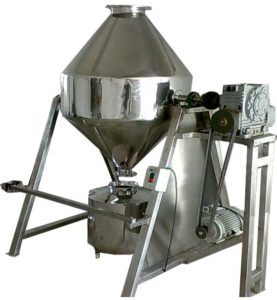 Mixing is one of the most common operation been used in different industries like pharmaceutical, food, chemical, cosmetic, detergent, fertilizers etc. This is been done in order to produce uniform bulk mixture as each unit contains the same proportion of each ingredient. And hence, double cone blender is been used for mixing dry powder and granules homogeneously. There are two types of machine been used in industries like double cone blender machine and dry powder mixing cone blender