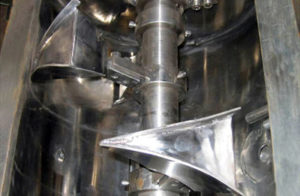 Plough Shear Mixer (also named plough share mixer, plow mixer, plough mixer) consists of a cylindrical drum containing plough shaped mixing elements that are mounted on a horizontal shaft. It creates a mechanical fluidized bed mixing action. The mixing tools project and hurl material away from the wall into free space in a crisscross direction, and inversely back again. The plow separates and lifts the product into three-dimensional motion, while the number and arrangement of the tools insure agitation back and forth along the length of the vessel. When required, the mix action is assisted by high speed chopper devices–independent high-speed motors with customized blades for adding shear to the product mix. 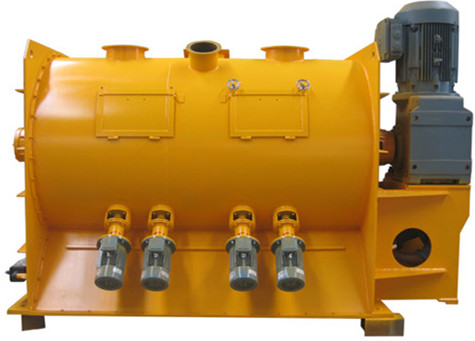 The batch plough shear mixer is the most versatile mixer type available with an extensive range of applications: